Cryopreservation of embryos and gametes allows for the limited number of embryos transferred back into the uterus during an ART cycle. It maximizes the cumulative effectiveness of an IVF cycle, allowing extra embryos to be used in the future. Additionally, it makes feasible the postponement of an embryo transfer, decreasing the incidence of ovarian hyperstimulation syndrome (OHSS) in high risk patients and maintaining pregnancy rates. The main problem with cryopreservation is the formation of intracellular ice from water within the cell. This can lead to cell damage and arrest of the development of the embryo. This problem is overcome through the use of cryoprotectant protocols such as slow freezing and vitrification.

Different cryoprotective solutions, such as propanediol and DMSO, have been developed to protect the cells from potential injury occurring at subzero temperatures. Damage to the cells is dependent upon the amount of free water in the system that can crystallize and damage the cells. All freezing methods require a cryoprotectant in a buffered medium to dehydrate the cell and bind to water and reduce the toxic effects of high concentrations of compounds in the extracellular area. During vitrification, at high concentrations, they protect the cells by minimizing the damage from ice formation and cause the water to form an amorphous solid state rather than crystals.

Because of the recent improvements in freeze technology, the freeze-all strategy has emerged as an alternative to fresh embryo transfer during an IVF cycle. This first came about when it was observed that some programs had a better pregnancy rate during a frozen embryo transfer than a fresh embryo transfer. This observation affirmed the many concerns about the possible adverse effects of the supra-physiologic hormonal levels that occur during a conventional controlled ovarian stimulation (COS) and the impact it may have on the endometrium. Those effects may translate into a decrease in pregnancy rates and poorer obstetric and perinatal outcomes, compared to frozen embryo transfers.

Scientific evidence suggesting “endometrial advancement” from controlled ovarian hyperstimulation (COS) first emerged in 1997 from histological dating of the endometrium. When the dating of the endometrium was advanced over 3 days, no pregnancy was achieved. The supra-physiologic levels of hormones, cytokines and white blood cells during COS may alter gene expression essential for endometrial and embryo interaction, creating a detrimental environment for embryo implantation. Freezing all embryos and performing a gentle estrogen and progesterone replacement cycle for embryo placement has shown in many cases to improve implantation rates, ongoing pregnancy rates, and take home baby rates.

Although there is some controversy over the freeze-all cycle, some studies from larger clinics have not shown the same improvements in success rates. This may be due to the time of freezing (day 3 rather than blastocyst) or the type of replacement protocol (oral estrogens and vaginal progestins). Some programs may not be able to demonstrate improved success rates and should not employ a freeze-all strategy.

In 2013 the American Society for Reproductive Medicine (ASRM) and the Society for Assisted Reproductive Technology (SART) announced that they would no longer consider oocyte cryopreservation or egg freezing to be experimental. In their joint practice guideline, they specifically cautioned against the use of egg freezing as a guard against age-related fertility decline due to limited data about the safety, efficacy, cost-effectiveness, and emotional risks of egg freezing for healthy women of reproductive age. Despite these cautions, the use of social egg freezing has skyrocketed in the US and abroad. This increase in the desire for delayed child bearing has been linked to a number of personal, professional, and psychologic factors. The support of egg freezing by large tech giants such as Google, Facebook, and Twitter and the subsequent social media exposure these companies naturally provide has also spurred on this recent increase.

Egg freezing has been used since the early 1990s for fertility preservation in cancer patients who are at risk for sterility and rare instances when sperm cannot be retrieved by the partner. The egg is the largest cell in the body with a diameter of about 100 microns, as compared to the head of a sperm (3-5 microns) or red blood cells (about 6-8 microns). Social egg freezing, followed later by fertilization of the egg and embryo transfer, is now offered usually to women under 38 years of age who want to preserve an option for having a genetically related child at a later date. Social egg freezing offers these women the opportunity of becoming a genetic parent using their own eggs and reducing the risks of having children with chromosomal abnormalities associated with aneuploidy. It also aids women who do not have a partner, offering an alternative to embryo freezing.

A large group in Brussels, presented at ESHRE in 2018, that from over 500 frozen oocyte cycles from 2009-2017, only 12.8% of patients had returned to use their oocytes. Survival of the oocytes from the thaw was 73%, with 32.6% (14/43) resulted in ongoing pregnancies. One of the largest egg freezing centers in Valencia recorded an ongoing pregnancy rate of only 21%. It is important to counsel social freezing patients over 35 to have realistic expectations. In one of the largest studies published to date, cumulative live birth rates are related to age of the patient and the number of mature oocytes retrieved. 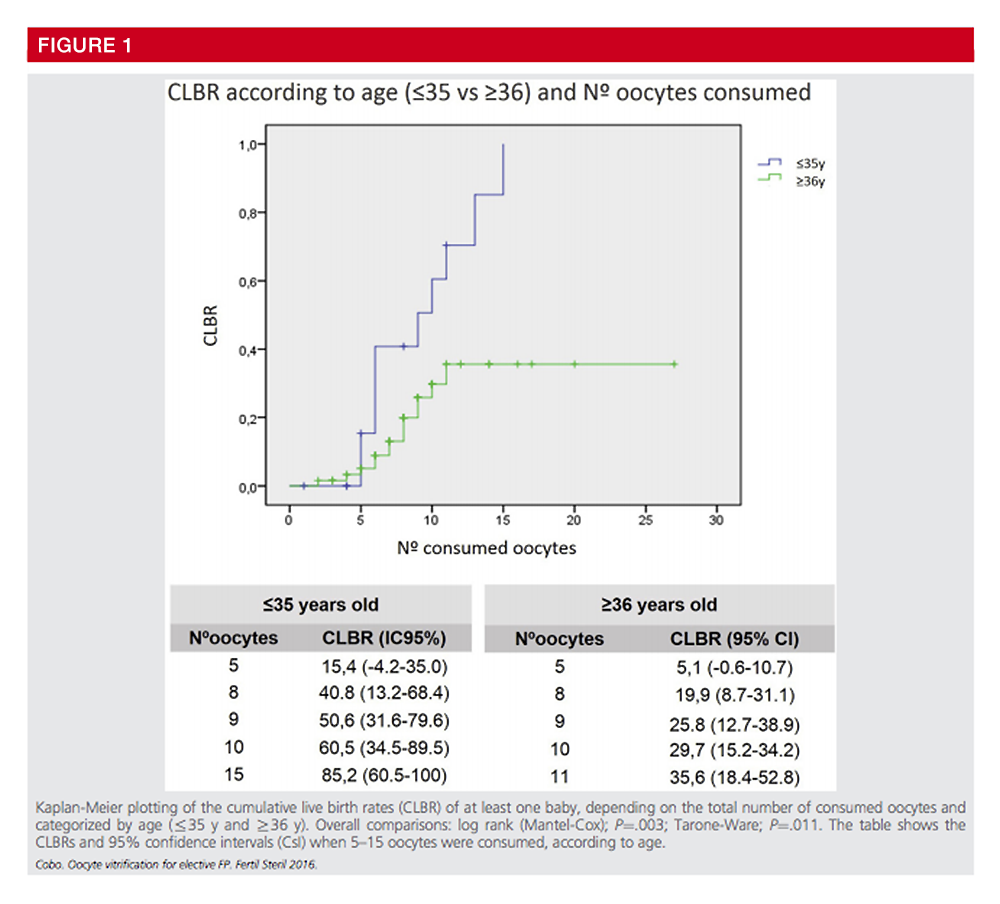 The Process of Freezing

During the freezing of gametes and embryos, the cells are exposed to cryoprotectants, cooling to very low temperatures, storing in liquid nitrogen, thawing the cells, dilution and removal of the cryoprotectant, and a return to a physiologic environment for further development. Damage to the cells is dependent upon the amount of free water in the system that can crystallize and damage the cells.
Conventional slow freezing is based upon the principle of dehydration. Cooling rates are optimized to remove water from the cells, preventing injury from ice crystal formation and minimizing chemical toxicity and osmotic stress. This was the preferred method for freezing up until approximately 10 years ago when vitrification techniques had been advanced. Vitrification has been around since the early 90s but has been recently applied with amazing improvements in freezing of not only embryos but also of oocytes.

At Advanced Reproductive Center of Hawaii, vitrification of oocytes is currently being offered as an option for women, including those who wish to preserve their gametes to allow them to have a chance to conceive in the future and to have their own genetic offspring. However we believe that patients must be fully educated on their options and have realistic expectations. The patient shares in the decision making based upon all their options and individual needs.

Take the next important step to realizing your family dreams. Contact our Honolulu, Hawaii offices today to make an appointment to talk with us.